Eric Genuis at the Shrine! 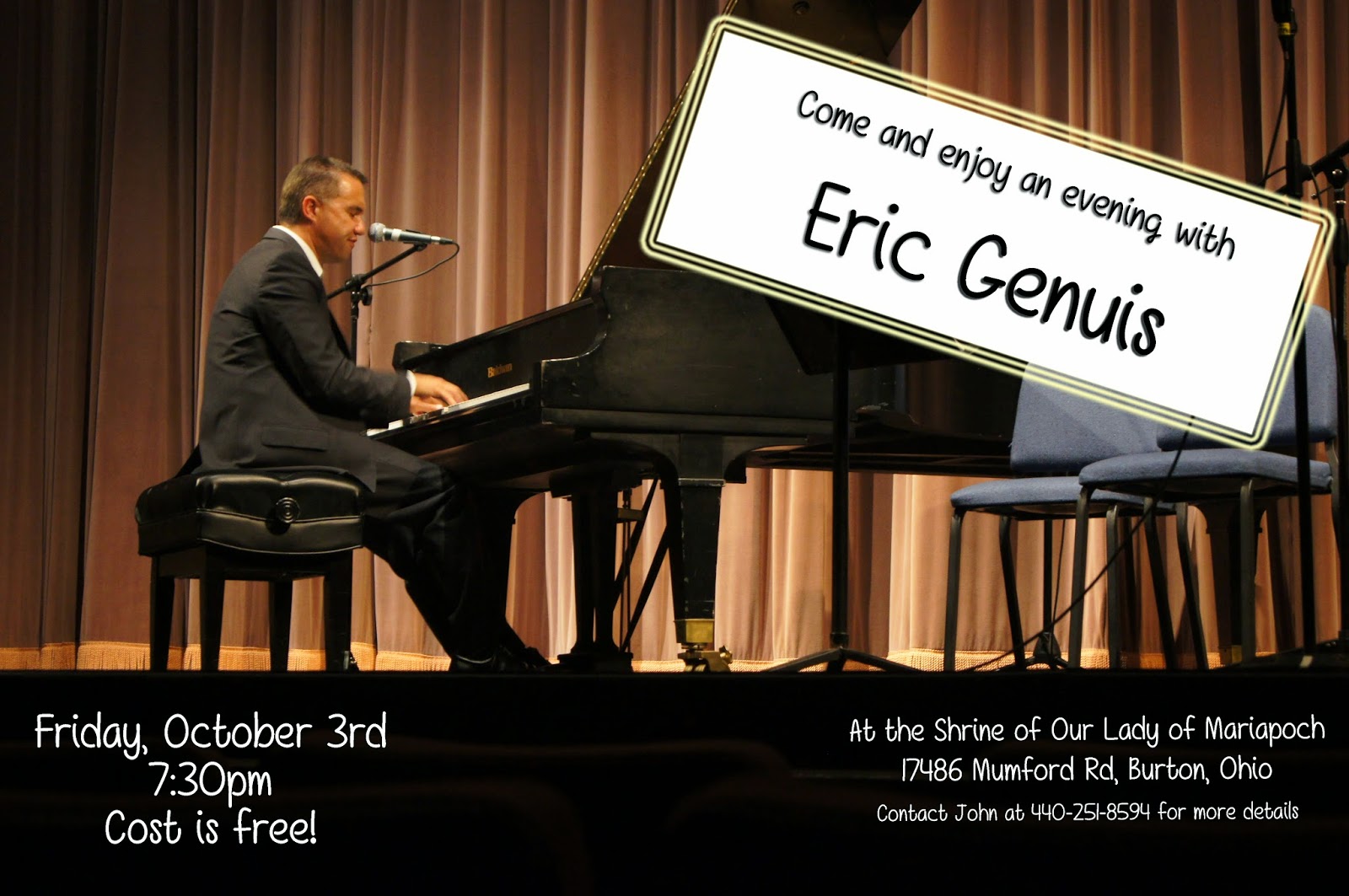 We are excited to share with you that concert pianist Eric Genuis will be at the Shrine of Our Lady of Mariapoch (across the street from our monastery) on Friday, October 3rd at 7:30pm for a free concert!  For those who will not be attending the Eparchy of Parma's assembly, please consider attending this evening of music and fun with Eric.

Here is a little information about Eric:

The career of composer, virtuoso pianist and acclaimed performer, Eric Genuis, began in Krakow, Poland in 1997. A government dignitary heard Genuis’ music and he was invited to headline the entertainment for an AIDS benefit concert. This premier performance was attended by 15,000 people. Since then, Genuis continues to perform worldwide, upwards of 100 concerts each year.

Eric has received praise from music industry greats such as Joel Sill (Music Supervisor for films Munich and Forest Gump) who said "I remain a fan and look forward to him
being more broadly discovered and to watching as his audience expands and appreciates his fine talents" and John Debney (Film Composer for The Passion of the Christ and Spy Kids), who proclaimed "From a musicians perspective, Eric Genuis' music is brilliant- superbly crafted, unique in style and expertly performed." Eric has collaborated with famed British Maestro, Allen Wilson and the Slovak National Symphony to produce four CD's of his original work.

Genuis' musical education includes achieving First Class A.R.C.T. Honors in Piano Performance from the Royal Conservatory of Music in Toronto. He has completed course work in film scoring from the Berklee College of Music. Eric Genuis is a musical tour de force and his concerts are a proven thrill to music lovers of both classical and contemporary music.