The Girls' Camp article we promised! 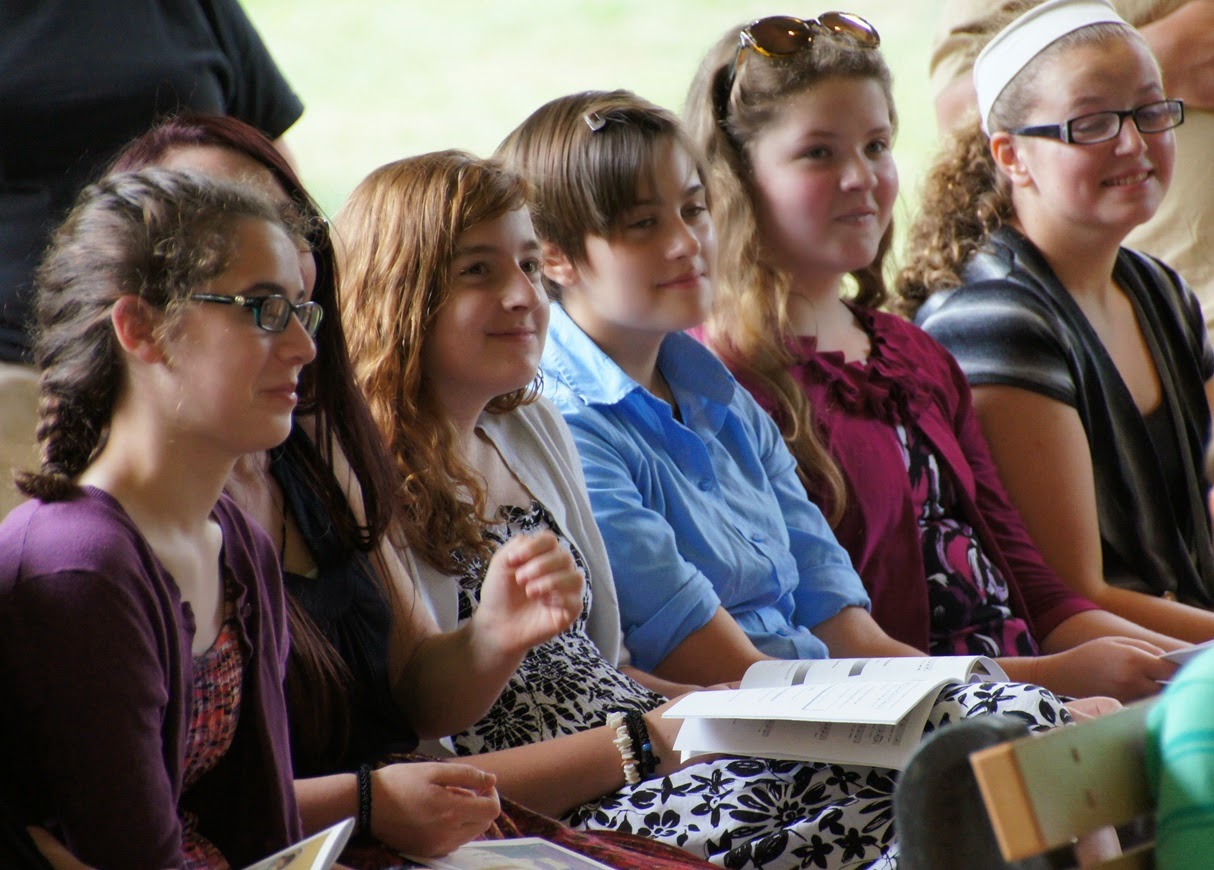 Well, it's been a busy summer, so we're finally getting around to posting our article about our Girls' Camp in June.  This article was published in a recent issue of our eparchy's newspaper, Horizons.  We have seen some of the participants since the camp, and they are still glowing! 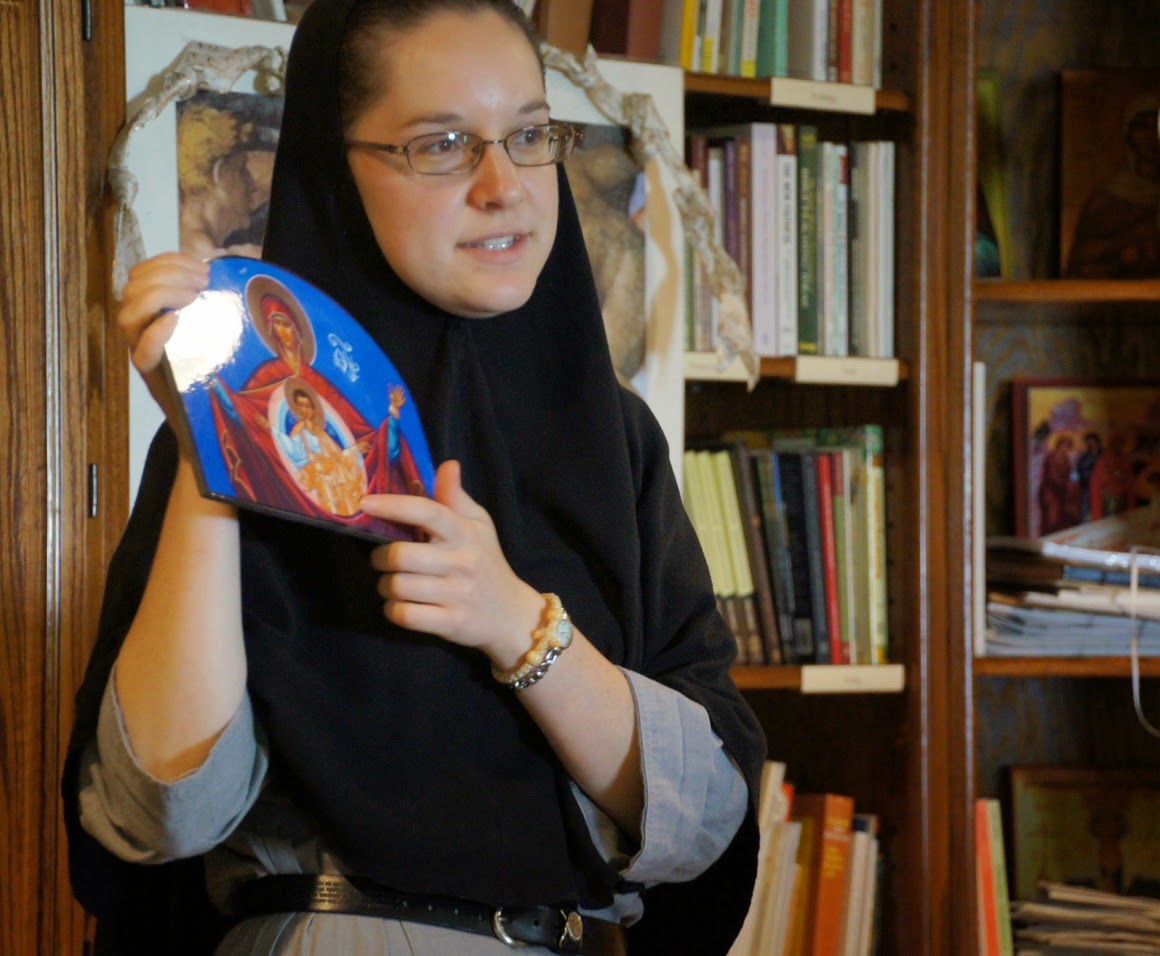 The knots of sin, separating the Girls’ Camp participants from God and from each other, were “unTangled” at the sixth annual Eparchy of Parma Girls’ Camp, June 26-29.  Coming from parishes in Ohio, Pennsylvania, Michigan and Wisconsin, twenty teen girls camped out on the grounds of Christ the Bridegroom Monastery in Burton, Ohio.

Pulling spiritual lessons out of the recent Disney movie Tangled, the teen girls at this camp, hosted by the nuns of Christ the Bridegroom Monastery, learned about their “identity in Christ through Mary.”  Sr. Cecilia explained how St. Irenaeus described Mary as the new Eve, and how the knots of sin tied by Eve—when she listened to the lies of the devil instead of the truth of God’s love—were untied by Mary’s trust in God’s love and obedience to His word.  Sr. Cecilia gave each participant a prayer card with an icon of “Mary, Untangler of Knots,” the favorite Marian devotion of Pope Francis. 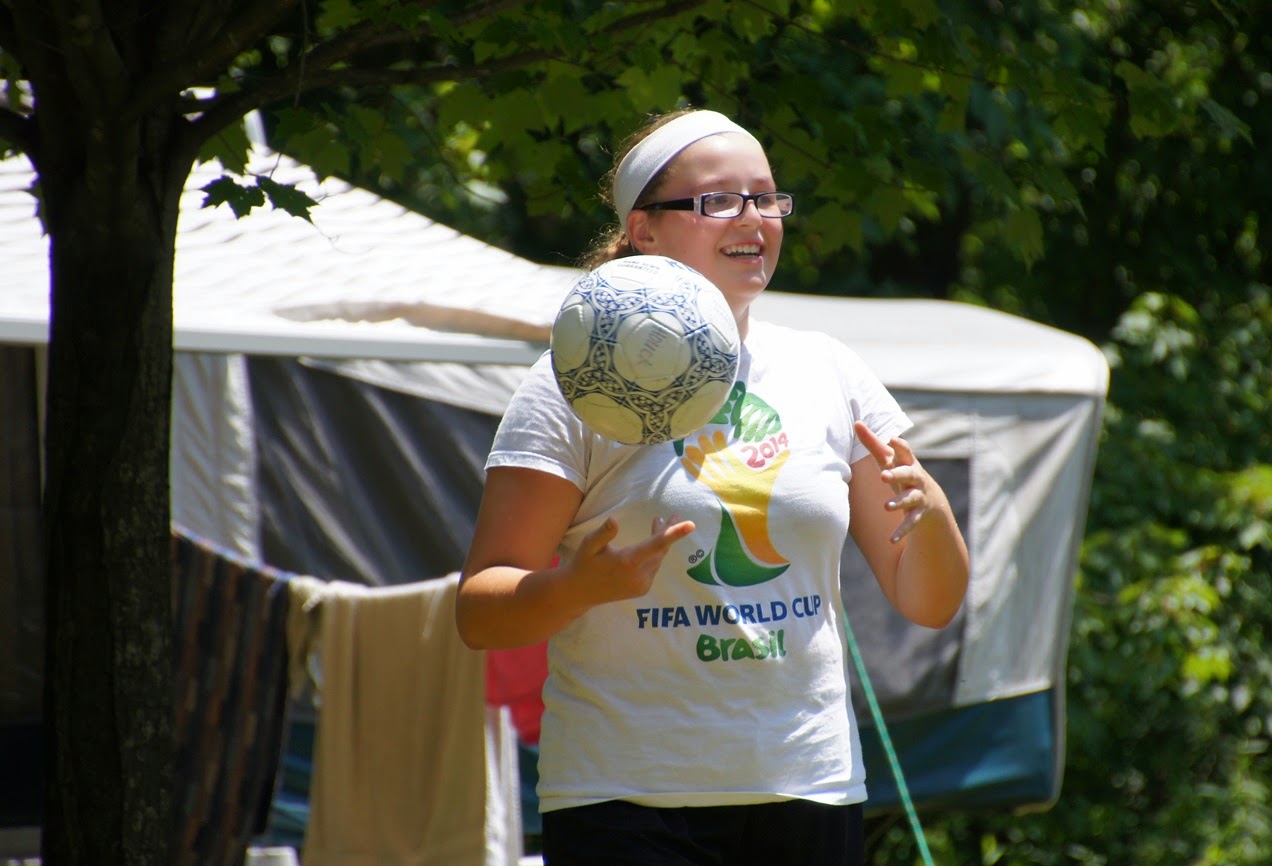 The girls also learned about their dignity in God’s eyes through a personal witness by young adult facilitator Sarah Fetsko of Holy Transfiguration Parish in Mentor, Ohio, and a talk by Patrick Schultz, a seminarian of the Diocese of Cleveland. 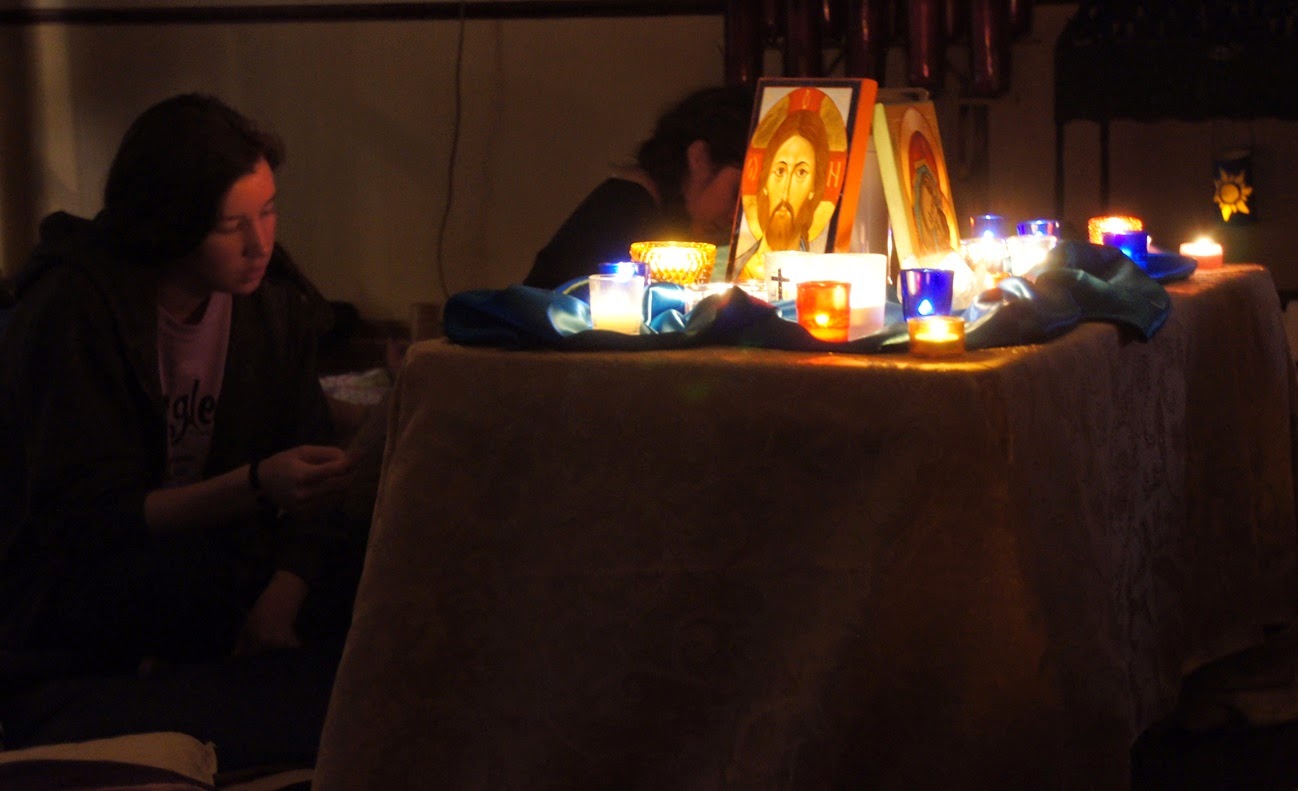 The camp, sponsored by the Office of Vocations, also beautifully portrayed the vocations of marriage and monastic life in talks by Ben and Alliree Zushin and dokimos (postulant) Jacqui of Christ the Bridegroom Monastery.  The exciting journey of discernment was shared in these talks and the discussions that followed.

The talks were interspersed with prayer and plenty of fun activities, including multiple impromptu games of soccer.  The girls bonded with each other through recreation, and they discovered that the nuns could be quite competitive too!  In small groups, the girls re-wrote the lyrics to a Disney song according to a spiritual truth they learned during the camp, and they performed these “music videos” on Saturday afternoon. 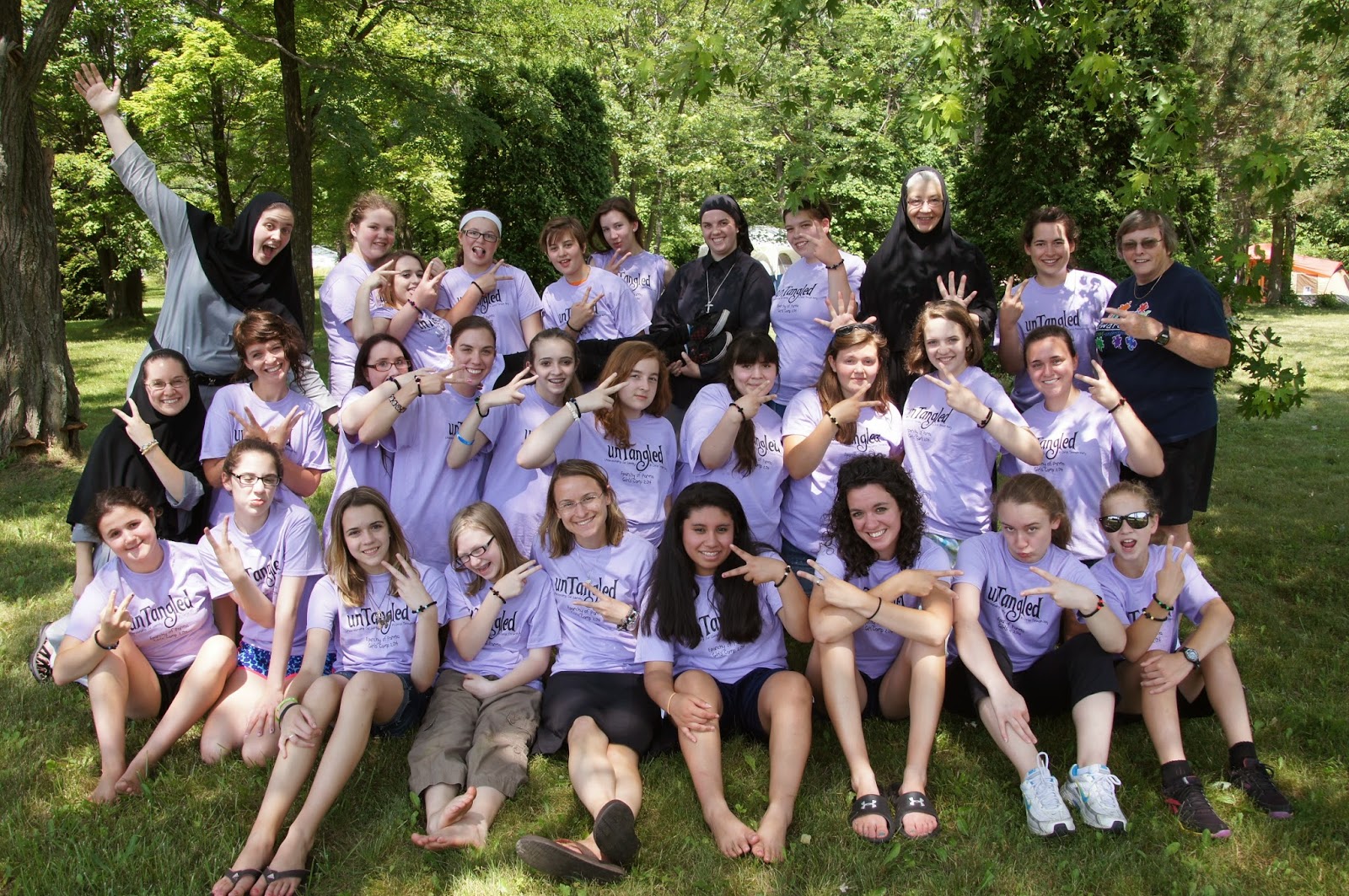 Saturday evening provided an extended opportunity for prayer and an invitation to place the tangled mess of sin before God through the mystery of holy repentance (confession).  After confession, said Scarlett Archuletta, “We all realized we love each other, and are the keeper of each other’s souls.”  Elizabeth Hartung was struck during the camp by “the feeling of unity with all the girls, like we were all together with the same goal.”

“I honestly think that this weekend I allowed my heart to open and allow God to come in,” said Macrina Bagay.  She also enjoyed “meeting all these amazing girls who share the same passion as me.”  Hartung said, “My experiences here finally gave me the courage to say ‘yes’.”

The camp closed with a joint Hierarchical Divine Liturgy with the boys’ camp participants and their families at the Shrine of Our Lady of Mariapoch, across the street from the monastery.  The campers and their families then enjoyed a lunch and awards program before saying “goodbye for now” to their new friends.

Thanks is due to St. Ann’s Ministry and St. George Men’s Group at St. Nicholas Church in Barberton for purchasing additional tents for the growing Boys’ and Girls’ Camps, and to the Ladies’ Auxiliary and the Men’s Club at St. Joseph Church in Brecksville for providing for a new scholarship fund.