The Darkness of the Cave 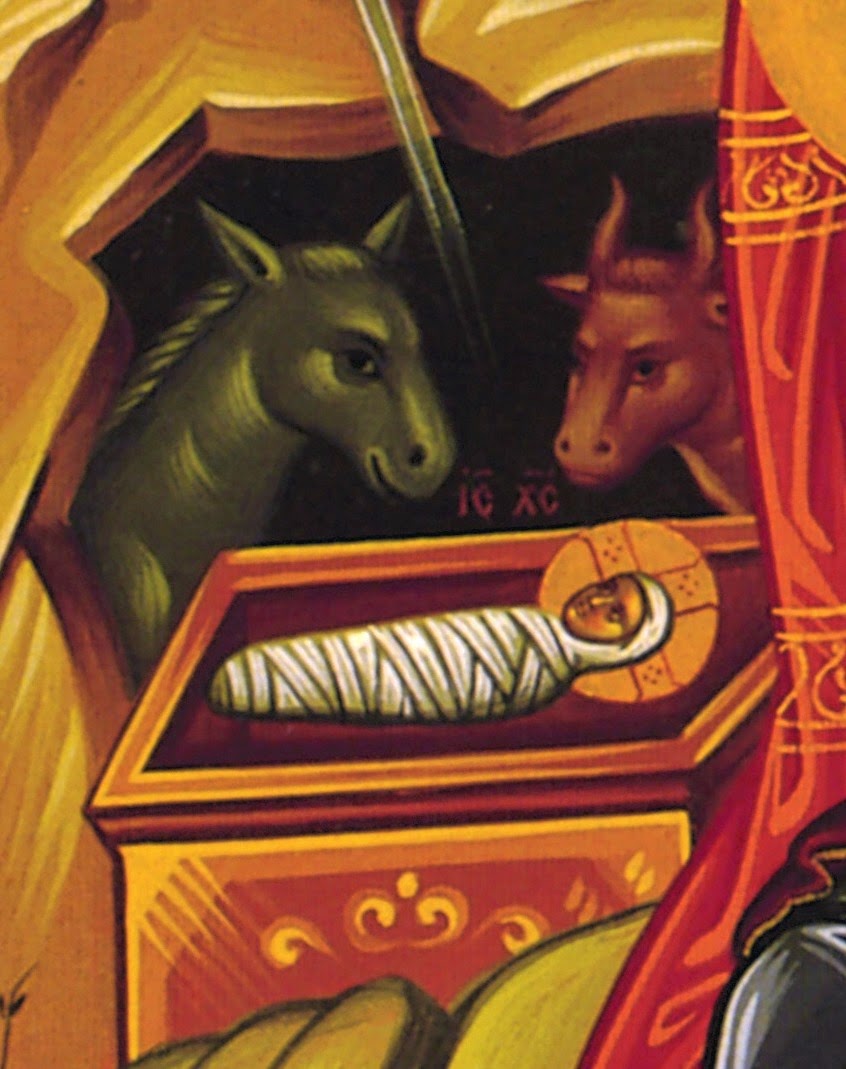 A reflection on the Incarnation, to be read slowly:

"The manger becomes the place in which the incomprehensible God lies down" (Irmos of the Feast of the Nativity).

A manger: a feeding trough for animals.  God, the creator and sustainer of the universe, becomes a man and is born in a dark and dirty cave filled with animals and is placed in a manger.

However...the very event which obscured divinity is also the one which united divinity to us.

The Incarnation!: what beauty and power!  Human nature can now be transformed into the divine!

But the Incarnation--the mystery of salvation--wasn't completed in the cave.  The cave wasn't even dark enough... The utter darkness of the cross and the tomb was necessary.  This is why, in Byzantine iconography, Jesus' swaddling clothes look like burial wrappings, and His manger looks like a tomb.


"So also the chief priests mocked Him to one another with the scribes, saying, 'He saved others; He cannot save Himself.  Let the Christ, the King of Israel, come down now from the cross, that we may see and believe'" (Mk 15:31-32).

What deeper darkness could there ever be on earth?  The Son of God, the Savior of the World, is brutally tortured and killed on a cross.  And yet, Christ's death and resurrection is the greatest, most powerful and glorious event ever to occur on earth!

And for us, this paradox is also true in our little lives: It is often the case that the darkest, most difficult events in our lives are the moments in which God is working in us with the greatest power.  Darkness does not mean that He is far away.  It means He is very close.

Posted by Christ the Bridegroom Monastery at 7:00 PM